We are happy to finally announce everything in the new Mythic Battle Pass for Season 7, beginning December 16th, 2021 at 4pm PST and spanning 4 weeks instead of the previous Battle Pass timespan of 6 weeks. Also, the Mythic Battle Pass has been extended to 50 tiers from 30 and includes more rewards along the way! Players will need to collect 100,000 Battle Pass Points to complete Tier 50 and 150,000 to complete the Bonus Tier before the Battle Pass Season ends.

Next, this season and moving forward, the structure of our Mythic Battle Pass has been revamped to feature exclusive Gold Mythic Fighters!

Along with the new featured Gold Mythic Fighter, specific Platinum Mods that can be used with the featured fighter will also be part of each new Battle Pass Season, along with Silver Mythics, Trainers, Military Supplies, and more! 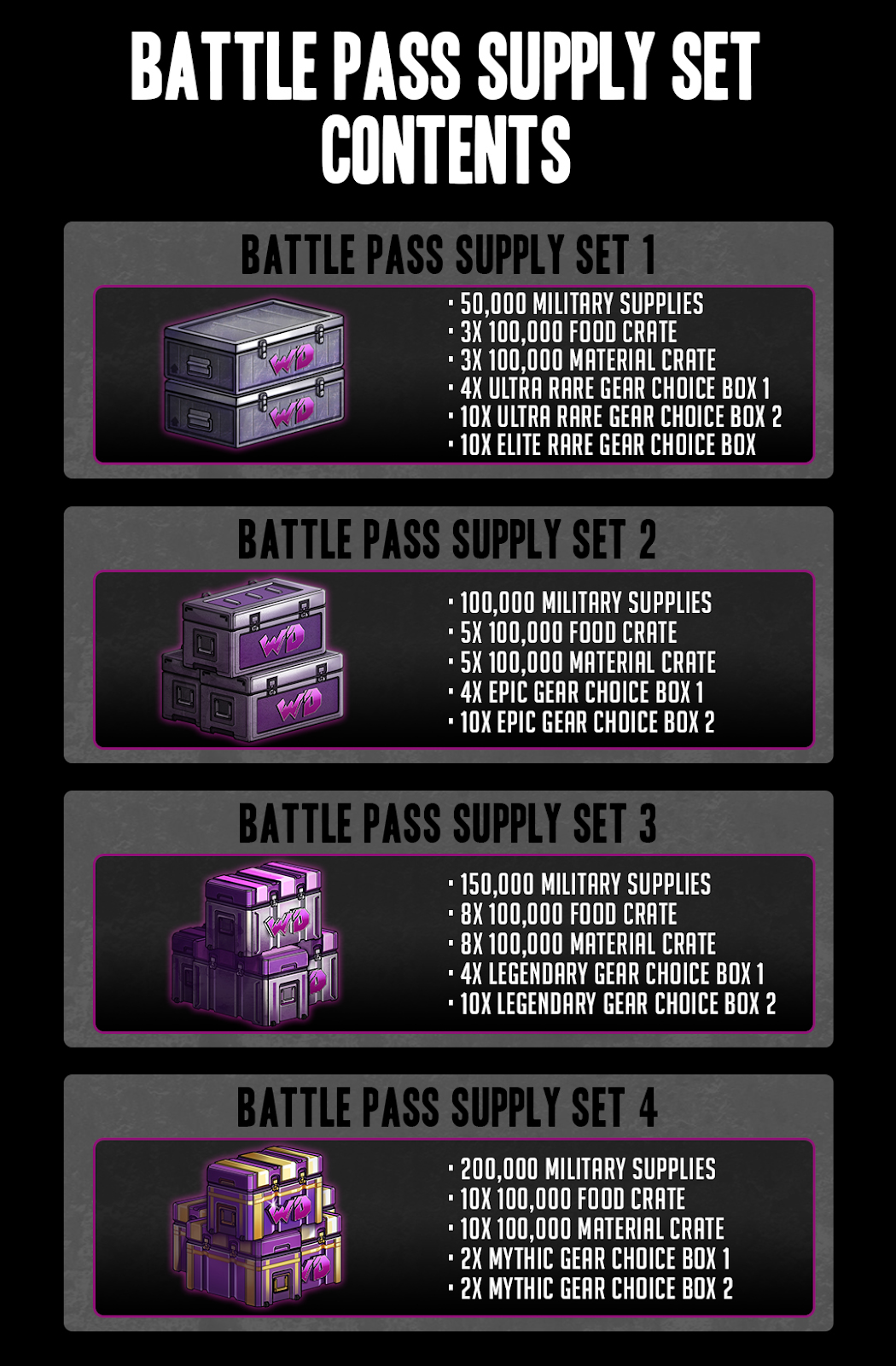